Motivation in entrepreneurship: Where and how

In a world where everything that surrounds you is rapidly changing and everyone is constantly on the move, one thing still remains true throughout history as part of how a person can become successful: their own motivation towards their ideas. Psychologically speaking, motivation is one of the key factors that enable a person to fully and continuously realize their ideas. Thus, let’s take a dive into some aspects of motivation by trying to figure out the answers for these following questions: Where do you find your motivation? And, how do you maintain motivated throughout the process?

Identifying the sources of motivation is the “first step” of kindling your idea into reality. Traditionally, people look for motivation from the outside world, or in other words, external sources. These can be materialistic, such as: money, occupation, social stability, security, etc. However, the ultimate source of motivation is self-motivation, an internal factor. Any successful businessman/businesswoman and entrepreneurs would agree and say that this is their main sources of motivation in life. It all starts with an idea, but that idea can only go so far before the fire burns out if not for the potency of self-motivation.

One of the most famous actors in Hollywood, Denzel Washington, was considered an “overnight success” with his appearance in 1992’s “Malcolm X”. But what people usually forgot is that his career started long before that. He starred in several plays in theatre, multiple TV series, and other supporting roles. The role of Malcolm X, a real-life activist against racism in the U.S in the 1960s, landed him a nomination as Best Actor, and that elevated his status to one of the most prominent actors in the world.

When addressing his success in an interview much later in his career, Washington said that it was his self-belief and self-motivation that drove him into the actor that he was. He never gave up on himself and pushed himself further, not only with each role that he played, but also with each mistake that he made. True motivation comes from within, it’s the strongest source of power that one can always rely on, which leads us to the next step: how to maintain your motivation as you go along with your idea and your career as an entrepreneur. 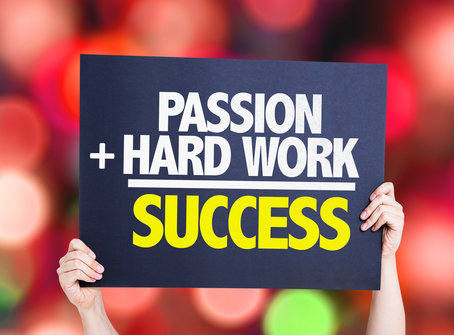 Self-motivation comes from the feeling that you’re achieving or at least doing something that you are truly passionate about. Steve Jobs, the late great CEO of Apple, once said at a graduation speech at Stanford University in 2005: “[…] the only way to be truly satisfied is to do what you believe is great work. And the only way to do great work is to love what you do. If you haven't found it yet, keep looking. Don't settle. As with all matters of the heart, you'll know when you find it."

True entrepreneurs create ideas that are true to their hearts. In order to keep your motivation going, you need to make it your own, make it unique and make it personal, then and only then, will you find the drive that enables you to keep pushing towards that idea.

Soon, the rest will follow, whether they are your business plan, the implementation of your business or many other technical and logistical aspects. You have to believe in what you are doing and then you leap into actions. Start with the most basic course of action, which is writing things down. By doing so, you will always have a physical reminder of what you really want to become and how you are going to do it.

Plan before you act

Planning is also important. With proper planning and organizing, you will waste less time and resources and it will help you avoid unnecessary activities that will affect the progress of your business. If you’re not planning ahead, you will have to stop and reconfigure every so often and it will demotivate you and your associates further down the line. Lastly, an idea will only become a reality if you take action now. You must remind yourself to not put off until tomorrow what can be done today.

There is still a lot of ground to be covered regarding self-motivation but the above are the basic steps that any entrepreneur should take when they first start out with their ideas. To sum it all up, at the end of the day, it only matters if you truly believe in what you do and take actual action towards achieving your goals because if you don’t push yourself, nobody else will.